The Spices and Benefits of Authentic Indian Cuisine

Many people enjoy eating various ethnic foods, such as Italian, Greek, Chinese and Japanese. But often the idea of eating Indian cuisine is “foreign” to them. The American palette enjoys a variety of different flavors and textures however many people have not been exposed to authentic Indian cuisine and view it as “too spicy” or “too unusual” to try. In reality, the truth is that there is a very wide variety of foods that everyone can eat and enjoy in Indian fare and dishes are prepared with fresh ingredients making it even more delicious.

The good news is that many of the aromatic spices that add flavor and piquancy to Indian dishes may also offer significant health benefits. Once you have experienced authentic Indian cuisine cooked with the many spices that make it unique, you will conjure up such words as exciting, flavorful, exotic and tantalizing. 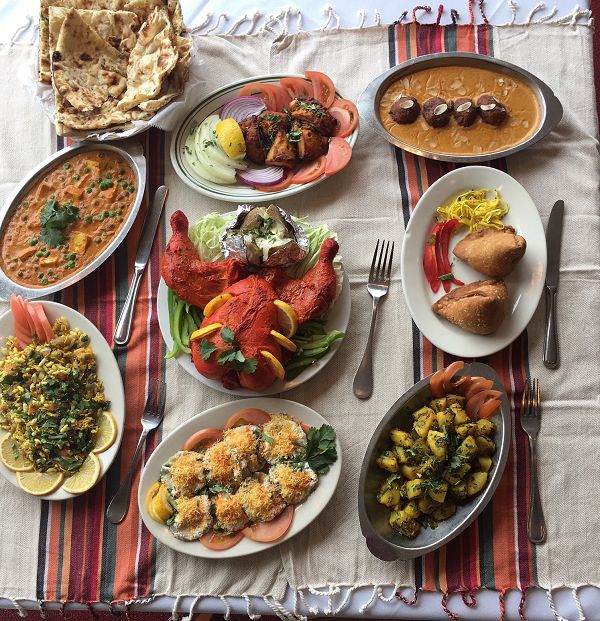 Here are a few spices that are often used in Indian cooking and why they can benefit you and your family:

Used for centuries in Indian and other Asian cuisines, ginger root has a long history as a remedy for digestive problems. A 2008 study found a scientific basis for ginger’s benefits to the G.I. tract. Ginger also appears to assist with inflammation, according to a report in “Arthritis Today.” Participants in a study at the University of Miami showed a 40 percent improvement in osteoarthritis pain after taking ginger extract.

A relative of ginger, turmeric gives many Indian dishes its bright yellow color – earning it the nickname, “Indian saffron.” Ancient Indian and Chinese healers used turmeric for its anti-inflammatory properties, treating a variety of health issues. Modern scientists are interested in the benefits of curcumin, the active agent in turmeric, as a powerful antioxidant. The American Cancer Society notes that a number of studies have found curcumin kills cancer cells in vitro and reduces the size of tumors in animals.

Cardamom grows wild in India, Ceylon and Malaysia, and has been used by healers in those regions much like ginger, as a digestive aid. Cardamom adds flavor to everything from sweet potatoes and squash to pastries and desserts. Combined with cinnamon, cloves and ginger, cardamom makes a delicious and good-for-you chai tea. A 2008 study published in a pharmacology journal confirmed cardamom’s use for gastrointestinal ailments and also showed benefits for lowering blood pressure in laboratory animals.

India is one of the world’s main producers of coriander, a spice that has been in use for at least 7,000 years, according to “The Encyclopedia of Healing Foods.” The fresh leaves of this spice are called cilantro; the dried seeds are sold ground or whole in supermarkets. Like other Indian spices, coriander gains its fame for its anti-inflammatory properties and aid to digestion. But one study, published in the “Journal of Environmental Biology”, found that coriander seeds also lowered LDL, or “bad” cholesterol in laboratory animals, while also raising HDL, or “good” cholesterol levels. A 2011 study concluded the antioxidants in coriander seeds helped diabetes patients – leading researchers to recommend coriander as part of the dietary therapy for this condition. So, as you can see, besides being absolutely delicious and offering a large variety of flavorful vegetables, rice, fish and meats, centuries-old Indian cooking is one of the healthiest cuisines you can eat…and one of America’s best kept secrets. Try some authentic Indian food soon and see if you agree!

Some information for this article came from https://healthyeating.sfgate.com/benefits-indian-spices-7060.html.